Watching Hub
Home Business iPhone hacked? Here’s What To Do (2023) 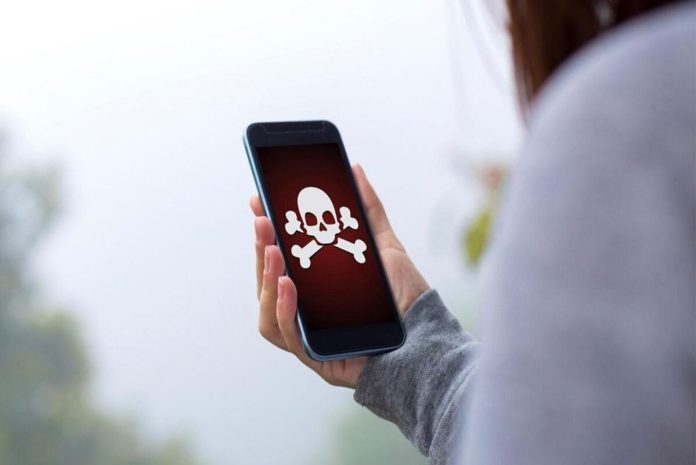 If your phone is acting strange, it’s most likely hacked . You may have noticed excessive battery drain or unusual data usage, slower than normal performance, and even random apps appearing on the home screen.

Even though Apple’s security is solid, hackers are using increasingly creative and complex methods to access your iPhone and your iCloud and Apple ID accounts.

The best defense is to use a top-rated security app like Norton 360 to get your hacked iPhone back to working order . The application scanner easily reports any type of security risk identified in the iOS operating system and prevents future attacks by blocking suspicious links, unwanted applications filled with malware and unsafe Wi-Fi networks. Norton 360 even includes a 60-day money-back guarantee, so you can download it and start a scan without any commitment.

Quick Guide: How to Restore a Hacked iPhone (2023)

Detailed Guide: What to do if your iPhone is hacked

Download and run a scan with quality security software like Norton 360 . This way you will find out if you have been hacked and you can evaluate if there is any other problem on your iPhone and fix it quickly using the given instructions.

Once you know you’ve been hacked, you should immediately inform your contacts of the situation. Advise them not to click on any links in your messages , as they may be elements of a phishing scam.

If your iPhone has been hacked, it’s possible that your passwords and login information may have been compromised. This also includes your iCloud and Apple ID accounts. After starting the security scan, reset and create new unique passwords for your online accounts. If you’re afraid of forgetting your new password, know that a service like Norton 360 offers an iOS-compatible password manager : just remember your master password and Norton 360 will remember all the others for you.

Apps are a very common way hackers gain access to your iPhone . If you recently downloaded an app from a third-party source (not the Apple App Store), you should delete it from your iPhone. As you scroll through the apps on your iPhone, also delete any you don’t remember downloading. These may have been added secretly when connected to unsecured Wi-Fi or by clicking on a phishing link.

Restore your iPhone to its original settings

Almost all malware can be removed by resetting the iPhone to factory settings. Doing this will remove all downloaded apps, plus your messages, contacts, photos and files. Therefore, it is recommended that you make a backup copy of the above-mentioned data before restoring your iPhone. Norton 360 offers a contact backup tool for mobile devices , with a whopping 50GB of cloud space for your photos and personal files.

The Best iPhone Apps to Avoid Being Hacked (2023)

Norton 360 the best protection for your iPhone and defends your accounts and personal devices from hackers and malware. I was impressed by the impressive number of features included in its Italian app for iOS: web protection, Wi-Fi security, full device scan, contacts backup and scam call blocker. Plus, when you subscribe to Norton 360, you can also use its unlimited Secure VPN and Password Manager at no extra cost. This makes Norton 360 one of the most comprehensive antivirus packages available for the iPhone.

After installing Norton 360 on my iPhone XS, the app immediately performed a full scan of the device. I was warned about the need to update my operating system, as not updating it left it vulnerable to hacker attack. I was directed to my iPhone settings via the Norton 360 app. Being able to manage potential vulnerabilities and fix problems from the app is very convenient and saves the hassle of rummaging through the whole iPhone. I also used Norton 360’s dark web monitoring to see if my data had been compromised – I was already aware of the reported breaches, but was surprised to find data going back more than a decade.

With many hackers accessing iPhones through phishing links and suspicious sites, I was pleasantly surprised by how well Norton 360 blocks dodgy links and sites . In my tests, all potentially harmful sites were instantly blocked: Norton 360 even blocked some scam sites loaded by Safari, proving that Apple’s defenses aren’t enough to protect you from hackers.

Norton 360 VPN (called Secure VPN) has a feature that turns on automatically when connected to public Wi-Fi networks . This meant I didn’t have to remember to turn on the VPN to protect my device and remained protected from potential targeted attacks. The WiFi scanner also gave me a security rating for my network, giving me the option to disconnect if it was too risky.