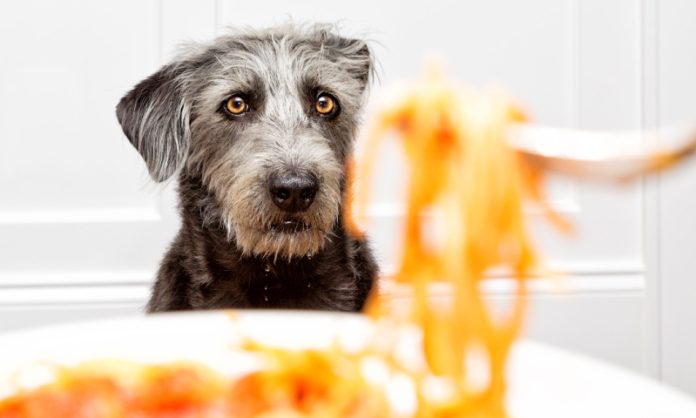 Why you need toys for your cat

About 40,000 years ago, wolfs decided that it was a good idea to crawl up to humans near the fire to avoid freezing to death and getting to chew on some scraps every now and then. A few thousand years passed in a blink of an eye, and here we are, sharing our couch and sometimes even our plate with those incredibly adaptable furry balls of love. Love goes both ways, and today these animals aren’t kept close only for the benefit of the protection they offer. They have genuinely become our companions and members of the family. They need care and give care just like human beings do. Their place on the couch and in our hearts results from the evolutionary process driven by the begging behavior they managed to chisel to mastery. They have even changed their facial expressions over thousands of years, altering the muscles around their eyes to trigger a nurturing response in humans. That constant staring when begging for food made them learn and copy mimics from humans. If we look at it this way, begging is crucial in dog evolution, helping canines get where they are today. But when that means getting to the food in our plate, we need to give those evolutionary miracles a break!

Why do dogs beg?

We already mentioned the evolutionary instincts of begging behavior – which is shared with other species, too – but it’s probably just as important that our four-legged companions are driven by their sense of smell. Theirs is much more developed than ours; thus, the smell of food must be a thousand times more compelling to them. Food smells good, especially the food that they don’t usually have.

The instincts of survival are also playing a role. Dogs have a long, long history of relying on scavenging. The instinct to eat every single piece of food they find is normal because for a very long time, they ate what they found, sometimes more, sometimes less, never knowing when they eat again. Living with humans has gotten them used to regular meals. Still, if it ever will, it takes much longer for the instinct to fade.

This might come as a surprise, but dogs also beg because they were allowed to at some point in the beginning. Consistency is critical with dogs, and you need to know right from the start what kind of behavior you wish to encourage in your pal. If they beg for a food sample and you give it to them, it’s tough to go backward and make them understand that it was only a one-time event.

Lack of physical and mental stimulation can be another cause of difficulty with impulse control. Some running around and keeping that energy at bay can help. Learning, working on a few chores, or mentally stimulating toys can be great ways to address the problem indirectly.

Most dogs beg because they look irresistible to their human companion, and they know it, too. It took a lot of time to change their features to appeal to humans, and it’s working incredibly well to the present day. Research shows that dogs have developed muscles around their eyes to mimic baby eyes, triggering a nurturing behavior from humans. They made their eyes appear bigger and more expressive, and they developed expressive eyebrows to create the illusion of human-like behavior.

All this shows that dogs are here to stick around and will not leave, no matter what. Yes, it’s manipulative behavior, and yes, it’s instinctual, and yes, it’s not telling the truth, nor is it necessary for survival anymore. Still, most people can’t resist it and let’s be honest, we like the bonding experience of sharing food with our pets. Most cynophiles (dog lovers) would have difficulties if bonding during snack time weren’t allowed, at least every now and then.

It’s not just a discipline issue

Begging behavior in other animals:

Begging behavior is not only a dog thing. Begging for food is a crucial survival instinct, most extensively studied in birds. Other mammals, including dolphins, manifest this behavior, the biggest surprise being the invertebrates. Hungry ant larvae show livelier movements than their well-fed siblings.

While it can be annoying when your dog is undisciplined and food-minded, climbing on tables and stealing food from small children’s hands, it’s important to remember that staying put and ignoring food goes against their strongest instincts. Living inside the house with humans is relatively new to them, so don’t expect their cravings to fade away because they won’t.

According to famous Hungarian ethologist Vilmos Csányi, dogs shouldn’t be well-disciplined slaves but family members. Csányi says dogs are the only species that favor humans above other specimens of their own species.

This is something out of the ordinary, and while coexisting can have flaws, like begging, it is still something special that we can be grateful for.

How to teach your dog not to beg

You can implement several routines and tricks if you’re wondering how to teach your dog not to beg.

Dogs learn and adapt to new situations very fast. According to Csanyi, the first day you bring a dog home is crucial because that is when he learns what is ok and what is not. If you let them on the sofa on the first day, don’t expect them to get down the next. This goes to receiving bites of food from you, too.

It’s important that the whole family encourages the same kind of behavior. Family members should be consistent about their actions if they don’t want the dog begging at the table.

Have rules at the table

Dogs are pack animals. They enjoy participating in community life, and banning them from the table would mean excluding them from the group. You can assign them a place at a comfortable distance from the table where they can still sit and watch or be present silently. They can receive a food toy to keep them occupied while you’re eating.

It’s most efficient if you have your rules and stick to them no matter what. The dog shouldn’t be receiving food directly from the table: this encourages the behavior of sitting there drooling through all the meals. Leaving the table to give the dog the treat is one way of dealing with it.

Also, it’s strongly advised that you ignore the dog when they’re begging. Attention is another kind of treat.

Setting good boundaries can save you and your pet the fights and the stress. It’s better to learn the easy way what is allowed and what is not. Growing together is much better than punishment.

I beg your pardon

To wrap up the essence: dogs are not wild animals anymore. As a species, they have put a lot of effort into tailoring themselves to our symbiotic lives. It’s not good for them to live as strays or out in the wild anymore. They depend on our goodwill, and we are responsible for their well-being once domesticated. Food is in sharp focus in the lives of canines, it is a constant and significant temptation. Teaching your dog to be free of obsessive thoughts of food will not only spare you the annoyance but also benefit the dog. When you are on the same ground about the rules, a treat or two is okay on special occasions. But teach them the commands to stop when you want the begging to end. Dogs learn quickly, and there are ways to teach them the gentle art of begging with sophistication. This takes time and lots of patience, though. If you’re not committed to spending that time on the dog, it’s better to stick to the good old “not begging ever” rule. You can still have “treat-time” activities when you can bond with your pet and respect the ancient instincts that made the dog a dog.