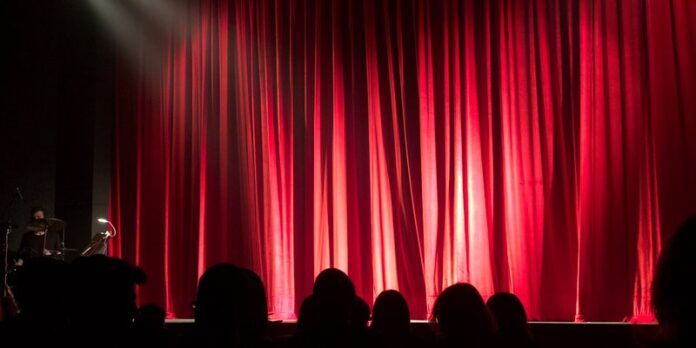 How to minimize screen time among kids?

8 Things You Can’t Forget When Upgrading Your Home Theater

Let’s face it; we cannot all be Issa Rae, the actress famous for her YouTube web series, The Misadventures of an Awkward Black Girl. For many, her story is an anomaly and can classify as a dream made for television. Many find that breaking into acting takes lots of hard work and knowing someone. However, there are ways to break into acting when doing another job.

Please continue reading to discover five places where you can begin a career in entertainment that will not only get you discovered, they will propel your career.

Acting and entertainment are tough career choices. It can be a combination of luck and perseverance, which is enough to take a lot of people out of the game. However, for those determined to make it, careers in other industries can lead to a lucrative acting career. Some of those jobs include:

Writing for a television show can open many doors, including a career in acting. In addition to the story structure, writers understand dialogue writing, action line writing, storytelling, and more. Although the mechanisms are different, television writers can become a movie and prominent screenwriters.

Movie critics analyze the aspects and elements of a film, movie, and music and write about it. Critics use their talent to dissuade or encourage viewers to watch the film. They discuss the directing, editing, and writing of the plot. They write reviews on personal blogs, websites, podcasts, and other forums where people go to review movies.

Several famous critics, including Roger Ebert, Leonard Maltin, Gene Siskel, and others, have been featured in movies or television shows.

Using your job as a critic to springboard an acting career is brilliant. However, you need to know things about movies, including some studies.

For anyone questioning how to get into voice acting, becoming a professional speaker may be the best place to start. Also, research to determine the following:

4. A and R Administrator

A & R administrators have distinct personalities that make them artistic, expressive, sensitive, articulate, and intuitive. As an Artist and Repertoire Administrator, you are the point person for developing talent for the entertainment industry. That could include music, acting, and other entertainers.

Tips for landing an A & R Administrative job include:

Some skills of an A&R Administrator include:

As a publicist, you are the heartbeat of your client’s career. You communicate all the messages to transmit your client’s brand. You hope to reach and influence those interested in the artist you represent. This career is one of the easiest for landing in entertainment because of your closeness to the industry. A publicist does a lot of writing – press kit materials, speeches, media alerts, bios, press releases, and social media content. They also pitch their clients to journalists and others in the entertainment industry.

As you have just read, some careers can serve as a springboard if your heart is in entertainment. Five of those career choices are listed above. If you are determined to make it as an actor and looking for a career that will get you in front of the right people, consider one of the careers listed above.

Watchinghub.com provides the latest news, updates, and amazing facts about tech, entertainment, business and more. Our goal is to provide you with quality content, so we hope you enjoy our posts. Feel free to contact us if you have questions or comments.
Contact us: [email protected]
© Copyright 2021 Watching Hub All Rights Reserved
MORE STORIES
Fashion

Four Ways to Sell Your Engagement Ring for Instant Money in...

ghiselle rousso - December 9, 2022 0
Do you want to get rid of an engagement ring? Perhaps you and your partner decided to split up, or you upgrade to a...