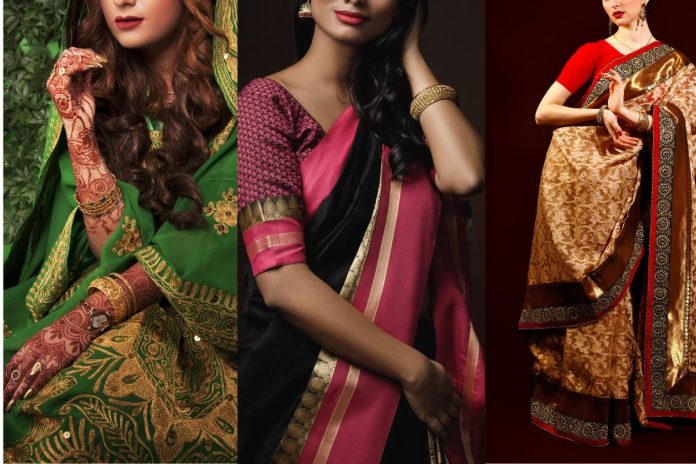 Why a Diamond Ring Is Perfect for a Proposal?

What to Consider When Choosing an Engagement Ring?

Useful Guide to Diamond Wedding Bands and its Features

Why is the fashion of Bollywood growing?

The Bollywood industry is arguably maturing and growing immensely, and over the past two decades, it has developed a more organized infrastructure for fashion weeks, commercially operated ramp shows, and a backbone of PR executives, professional stylists, and choreographers.

Another factor is firmly entrenched in the warp and weft of Indian fashion. That’s the star power of Bollywood. In contrast to the global trend of celebrities mostly guesting on the front row of designers, with only top models playing show-stoppers, Bollywood-obsessed India works differently.

Here are some points which can clearly state the reason “why Bollywood fashion is getting tremendous growth.

The growing awareness of body acceptance and body positivity has caused a shift in the sizes of dresses available around the world. Now they range from plus size to maternity to full-size fashion. Apart from standardized sizes, many designers today are expanding their collections to include plus sizes. Rajasthani printed shirts that give cultural and traditional vibes at the same time and this quickly became the new fashion favorite. We see celebs and brand ambassadors advertising stylish shirts for men and people quickly following that. This is one of the main reasons Bollywood fashion getting tremendous growth.

People love to follow what they see especially Bollywood apparel.

Right after the FIFA awards or some celeb gathering, or let it be the birthday party of any celebrity, people show craze for Bollywood outfits. Youth blindly follow their brand ambassador and celebrity especially!

They repeat or make the same outfit customized which they see on any of their favorite Bollywood stars. This is also the reason “why Bollywood fashion is getting tremendous growth?”.

Bollywood always keeps trying something quirky maybe that is their way to be in the audience’s eyes, and so the youth follows. Men’s fashion was predominantly black and blue, formal and casual, ethnic and modern. Recently, however, those lines have been blurred by many other Bollywood actors. What do you think? From where do the stylish shirts for men, printed shirts for men, and hoodies come? It is Bollywood only!

Bollywood popular faces tried a lot of unique fashions and went to celeb parties which made them the space in the audience’s hearts and so people started following them, which leads to one of the reasons for the tremendous growth of Bollywood.

4. GREAT INFLUENCE ON AUDIENCE WITH THE FASHION

In addition to posing in fashion advertisements and roles in films, celebrities have served as fashion icons on social media and as the face of the Indian fashion industry. Fashion designers rely on the wide reach and appeal of Bollywood movies and stars to gain attention, media coverage, and business. Stars ask designers to help them look fashionable and up-to-date when they attend the event, this is the most obvious reason for the growth in the Bollywood industry as the phrase says- “Bollywood India works differently”.

The relationship between cinema and mainstream fashion is clear. What you see on the movie screen will one day become a hot commodity. Movies give viewers a chance to escape their own lives and immerse themselves in the lives of other people. Fashion does something similar, allowing its followers to “reinvent” themselves. Oftentimes, the selves they try to emulate are the iconic selves they admire in the movies. Therefore, it seems natural for them to imitate the clothing styles of those they consider to be role models. As the phrase says- ‘Fashion opens up opportunities for self-construction, even if only temporarily’.