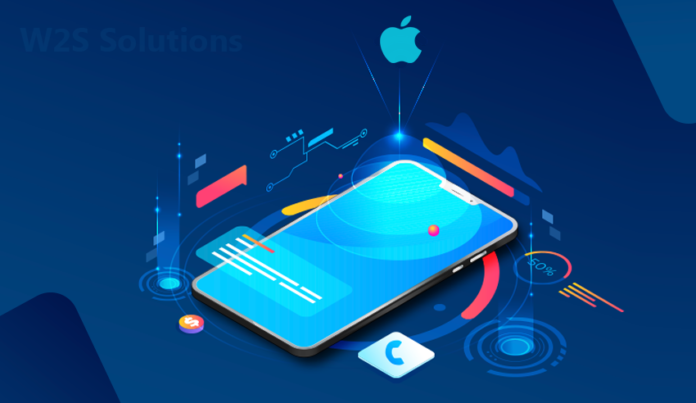 How Smart Glasses Can Help You To Monitor Fitness Activity Time?

Boost Your PC Performance and Clean Duplicate Files on Windows

The Phone Repair Store Explains Why Your Cell Phone is Slow.

How To Speed Up Your Windows 10 Performance

Is VueJS better than React or Angular?

Apple products are well-known for their quality and impeccable performance. Apple has been the leader in producing products for people who want to make a difference and are capable of changing the world.

Apple’s motto is “Think Different”, as you may already know. It’s no surprise that iOS app development is highly sought after by companies that value innovation and think ahead. The penetration rate for iOS apps may be lower than that of Android apps. It is clear, however, that Apple users are financially capable given the high cost of Apple products. They will pay for quality, and they are eager to hear a good offer.

Why use iOS app development?

There are two major competitors in the mobile app development market. These are Android and Apple. Android has a remarkable rate of expansion and growth that consistently takes the lead. iOS has been a leader in market penetration and coverage since its inception.

You should begin with one app, as you already know the basics of app engineering. For startups and small businesses looking for a quick return, the iOS app development services can be a great option. The business will be able to grow to the next level because Apple users are more willing than Android users to pay.

iOS apps can only be downloaded on Apple devices (iPhones and tablets). The research shows that the number of iOS devices sold in Apple’s home market (the United States), is steadily growing. The dynamics in advanced countries are particularly interesting, as they have higher buying power than countries with Android OS. Read the entire article to learn more about why your company should develop an iOS app and its benefits.

What is iOS app development?

Some iOS apps can be run without Internet access. They are more powerful than other apps and run faster than others.

You can create an iOS app according to your needs. There are some features that you need to know about building and marketing an iOS program.

iOS app development has many advantages

Keep in mind that the world has almost 3 billion smartphone users. It’s also amazing how many apps are available to download from the App Store. There are approximately 2.2 million.

According to the most recent statistics, applications seem to be paying back their investment. The compelling business benefits of iOS app engineering in terms of ROI are obvious.

The App Store must verify that iOS apps are available before they can be downloaded. Apple products offer protection against external security threats like data theft, encryption, and data duplication. It provides protection for data privacy, user identity, and cloud data.

Hacking iOS apps is more difficult for regular users. To hack Android apps, you just need to download the.apk file and add it to your device.

The key advantage of iOS app development is its increased security, which makes them stand out from its competitors. This is why Apple is a preferred choice for large corporations.

Apple’s iOS capabilities offer an unparalleled user experience. Both hardware and software can be used to meet user requests. The iOS applications are supported throughout their lifecycle so that they run flawlessly.

Apple devices are less expensive than Android. There are also fewer versions. Each application must be compatible with the latest iOS version. However, updates are only released once per year. These conditions result in a significantly shorter testing period and faster marketing of the iOS app.

Apple’s presence in the top markets, such as Australia, the United Kingdom, and the United States is almost the greatest advantage.

The iOS app is an ideal solution if your goal is to expand into these markets. You don’t have to worry about quality. Apple products, including apps and other Apple-related products, are all examples of high quality.

Enterprise-class apps are flexible and scalable, allowing them to adapt quickly to changing business requirements. Including advanced functionality in your app will allow you to maintain your position in a highly competitive market.

Swift is the programming language. Swift is the foundation of iOS app development. Swift simplifies the process, in contrast to the more complicated Java used in Android.

Closed ecosystem. It allows for the use of standard devices and operating systems, without the need to test any third-party resources.

This reduces fragmentation. This allows for more advanced applications to be developed and extended. This is an advantage over Android where you need to test your application on multiple versions of the operating system. This takes a lot more time.

It makes sense, to begin with, the iOS app if you want to quickly get the application up and running and accelerate the monetization process.

Professional iOS app development has many benefits, but every company should be aware of some drawbacks.

Mobile application development is not something that can be done every day. It needs more attention. It is not about deciding what platform and how much development budget you should allocate. It’s also important to consider the value of your application to users, its innovation, and whether it will help your business grow and make more profits. The choice for iOS apps is obvious if you need to make money, deal with competition, and grow your business.