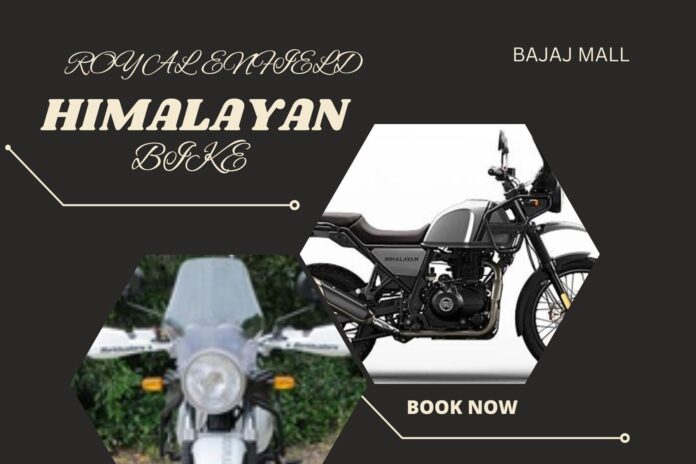 What’s the biggest engine in the world?

The Essentiality of Verified Car Garages in Ghaziabad

The Royal Enfield Himalayan debuted in 2016. The market for entry-level adventure touring motorcycles have been on the rise since then. It has been a successful design for Royal Enfield and provides almost universal mobility. The 411 cc single-cylinder long-stroke engine is include, providing adequate power and torque for daily commuting and long-distance excursions. The Himalayan bike price is reasonable because you won’t get the features of other low-price bikes. The Himalayan has respectable off-road abilities. Thanks to 220 mm of ground clearance and increased suspension travel. It may be a useful vehicle to learn off-roading on and embark on longer trips to places like Ladakh and Spiti, among others.

In contrast to other pricey models, maintaining and fixing the Himalayan won’t be an expensive endeavor. It won’t be difficult to locate a service center while you are on the road. The network of sales and servicing touchpoints for Royal Enfield is extensive.

Himalayan is a highly anticipate adventure motorbike from Royal Enfield. It has been introduce to the domestic market at a competitive price. Your budget won’t get hurt by a Himalayan bike price. This bike’s durability, quality, and style are worth the money. Here are the amazing facts about this bike:

A brand-new, single-cylinder, air-cooled 411 engine with overhead cams is installing in it. Maximum torque of 32Nm can generate by this engine between 4,000 and 4,500 rpm, and it can generate 24.5 bhp at 6,500 rpm. A constant-mesh five-speed gearbox is used to send power to the rear wheels. Royal Enfield discovered that riders who enjoy touring bikes are not at ease revving engines all the way to the rev limiter. This information helped Royal Enfield better understand the needs of these riders and make it one of the best road bikes.

1,360 mm in height, 840 mm in width, and 2,190 mm in length make up the Royal Enfield Himalayan. The wheelbase measures 1,465 mm, and the seat height is 800 mm. The bike has a 220 mm ground clearance, which is more than enough to handle challenging road conditions.

The large 15-litre fuel tank on the Royal Enfield Himalayan gives the bike a 400-kilometre range before needing to stop at a fuel station.

Three new color schemes, such as Granite Black, Pine Green, and Mirage Silver, were add to the motorcycle. There are also the classic choices of Rock Red, Lake Blue, and Gravel Grey, along with the new color choices. In addition to looking sporty, these colors give it a subtle appearance. The manufacturer has removed the color selections for Snow and Sleet Grey from the catalogue in the meantime.

It includes an external cooling system for the crankcase oil, which aids in regulating temperature under the most demanding conditions of usage. It enhances service performance and lessens wear and tear.

It boasts a twin-pos semi-digital multi-functional instrument cluster that maintains track of temperature, direction, speed, service interval, and multiple trip distances. You are thus constantly conscious of your surroundings. Large 90/90, 21-inch front tyres and 120/90, 17-inch rear tyres are fit to the Royal Enfield Himalayan. The bike is easier to ride on uneven roads thanks to the 800mm seat height and 220mm ground clearance. The bike has mono-shock suspension with linkage at the back and telescopic forks with protective coverings up front. The front and rear floating callipers each have a 240mm disc and a 300mm disc with two pistons, respectively, making up the braking system.

Moreover, you can get this amazing two-wheeler on the Bajaj Mall. You can book the bike on this online store and upon arriving at the partner showroom, you can get a two-wheeler loan to complete the purchase.